UNO Crushes, a Facebook page that has been online since April 2013, gives secret admirers an outlet to post their campus crushes. By going to the Google Docs submission link, found on the Facebook page, users can enter a completely anonymous post about their crush, in hopes that their crush might see it. Posts often include physical descriptions of the submitter’s crush and sometimes even a name.

Although the page has been up for a while, it is now becoming increasingly popular with over 3,000 likes. While the identity of the UNO Crushes creator remains confidential, he let us in on some secrets of his own.

Alicia Lambert, The Gateway: What made you want to start UNO Crushes? What was the initial inspiration?

UNO Crushes: One day while on Facebook, I saw that someone had started a [University of Nebraska-Lincoln] Crushes page, and I decided to hop on it right away and start the UNO Crushes page.

AL: What is your favorite aspect of running UNO’s crush page?

UC: I probably have two favorite aspects of running the page. One is I love being around campus and having people say, “Have you seen this on UNO crushes?” and have no idea that I am the administrator of the page. Two, I love to see the love on the page. A lot of people go online to hide behind a screen and say hurtful things. This page gives you the opportunity to hide behind a screen, but instead promotes nice things to be said, like expressing the beauty they find in the men and women on campus.

UC: To my knowledge, no. I would love to hear of a success story, though.

AL: As the administrator, what goes into running the UNO Crushes Facebook page on a daily basis?

UC: I do my best to get on and update it daily, but sometimes with work, school and a social life it is hard to find the time. Some tasks include checking the inbox for important messages, checking the Google Doc drive where crushes are submitted, reviewed and then posted to the page.

AL: There has been some speculation on people submitting a crush message about themselves … does this really happen?

UC: I honestly couldn’t tell you! The form that people submit on is completely anonymous and all I get is a time stamp at what time the crush was submitted. It would take some real narcissism to want to do that.

AL: How many submissions do you receive a day?

AL: Although you won’t disclose your identity, what can people know about the person behind UNO Crushes Facebook page?

UC: I am a 22-year-old man who loves to go out on the weekends. I bartend as a hobby. I love the Green Bay Packers; I love them so much I named my dog Lambeau after the field they play on.

AL: What do you see for the future of UNO Crushes?

UC: I see it to just keep growing as the campus keeps growing. More faces more crushes. As for me, though, I will someday have to hand the reigns over to someone else upon graduation.

AL: Is there anything else you would like students to know about UNO Crushes? 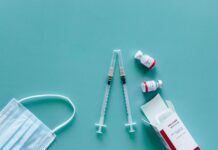 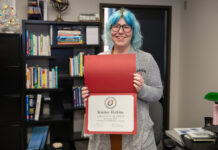