Nearly five months after the 2018 Midterm Elections, Speaker of the House Nancy Pelosi has started to gain control of her party. By talking down one of the loudest members in the House and the Democratic party, Alexandria Ocasio-Cortez, Pelosi is starting to look like the career politician she is.

In a “60 Minutes” interview, Pelosi threw Ocasio-Cortez and her followers under the bus when Leslie Stahl asked Pelosi about the “wings of her party” by saying “AOC and her group are on one side,” Pelosi responded by saying “that’s like five people.”

Stahl said the group of progressives is more than five people, but Pelosi rebutted the statement saying she herself is a progressive.

Even though I tend to not agree with Democrats, this is the one time I can agree with Pelosi on her answer of Ocasio-Cortez’s group being “like five people.”

In the same interview, Pelosi contested Ocasio-Cortez’s platform of “socialism is great” stating that “I do reject socialism as an economic system. If people have that view, that’s their view. That is not the view of the Democratic Party.”

Either Pelosi is preparing her party for the 2020 election or she is starting to realize how much this obnoxious Freshman Congresswoman damages her party.

Rounding out her attack, on her visit to the United Kingdom, Pelosi spoke to students at the London School of Economics. Pelosi held up a glass of water and downplayed Ocasio-Cortez winning her district by saying, “When we won this election, it wasn’t in districts like mine or Alexandria’s. But those are districts that are solidly Democratic. This glass of water would win with a ‘D’ next to its name in those districts.”

Ocasio-Cortez blows her win out of proportion and claims she is working not only for her district, but for all other American citizens. She’s worked so hard she single-handedly got Amazon to leave New York and look at other city’s proposals for their second headquarters.

For as much time as she spends on her social media platforms sharing her socialist ideology, Ocasio-Cortez has yet to respond to Pelosi’s comments.

If Pelosi wants to continue to stay in her position as Speaker of the House or win this upcoming 2020 election, she needs to continue wrangling in problematic congressmembers in her party. So far with these examples, she has done well. She’s kept her platform straight and has explained it well. Let’s see if this pays off for her and her party next November. 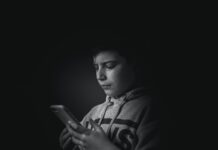