Is the world asking for more superhero movies? The annual box office would argue audiences can’t get enough of the genre. But are people ever going to get sick of it? That question remains to be answered.

“The LEGO Movie” franchise bet on the genre’s saturation point not being quite full yet. “The LEGO Batman Movie” is an extension of 2014’s surprise hit, “The LEGO Movie.” Although it can’t capitalize the original appeal of the first movie, “The LEGO Batman Movie” strikes gold with a relevant message, driven by fresh characters and incredible attention to detail, making it a worth-while experience for the whole family.

“The LEGO Batman Movie” takes place in Gotham City where Batman (Will Arnett) and the Joker (Zach Galifianakis) find themselves trying to define their oppositional relationship. Barbara Gordon (Rosario Dawson) is taking over as Commissioner of Gotham City and wishes to move ahead without Batman as the city’s sole defender. Although Batman is not pleased with the new arrangement, it becomes necessary for him to team up with Barbara, Alfred (Ralph Fiennes) and Robin (Michael Cera) in order to take on the Joker and friends before they destroy Gotham.

While the world agonizes over political affairs and attaching blame to individuals in power, “The LEGO Batman Movie” utilizes the message behind Michael Jackson’s song, “Man in the Mirror,” as one of its central themes. Change begins with the individual, but to further that message, the film argues that it isn’t a person’s sole responsibility to carry the weight of the world. Although simple, that concept is as relevant as ever while people struggle to make a difference. At its core, this awareness is what makes “The LEGO Batman Movie” work.

Batman acts as the film’s main character, but it is the supporting characters that capture the spirit of the film. Barbara is the female presence that is often lacking in other renditions of the Batman story. Her role is strong and very much equal to the ego-centered persona of this version of Batman.

Throughout the entire film, she is the driving force of the film’s main focus. The characters of Alfred and Robin have never been so pertinent. Although familiar, these characters in “The LEGO Batman Movie” are extremely important to opening a new twist on the Batman origin story, which by this point is growing stale.

It is attention to detail, which makes “The LEGO Movie” franchise special. It would be impossible after only one viewing to pick up on all the intricacies showcased in the background. But in paying attention, audiences will notice pop culture and current references that reward repeated viewings. This is also what sets “The LEGO Batman Movie” apart from being simply a children’s film. Animated films generally do a good job of these sorts of references, but this franchise has masterfully crafted the art. It is worth watching simply for the attention to detail.

The one thing that “The LEGO Batman Movie” has working against it, is following in the footsteps of its predecessor. The originality of the film is no longer novel, and paired with an overdone character in Batman, unfortunately “The LEGO Batman Movie” may be easily forgotten over time. Whereas the original “The LEGO Movie” engulfed audiences with an extremely catchy, if not irritating song that got stuck in the heads of fans for weeks, months, and years following its release, “The LEGO Batman Movie” features songs that are absent from the memory even before walking away from the theater. Despite all of this, many films would love to have this be the biggest gripe against them.

Yes, “The LEGO Batman Movie” is just adding itself to an already oversaturated market. But in its own way, it works. Rather than trying to ignore the fact it has been done over and over again, it embraces it. It recognizes that its audience already knows the story, but dares them to approach it from a new angle, delivering a message that is more important now than ever. It takes somewhat familiar supporting characters and makes them into key players within the plot. And in the end, “The LEGO Batman Movie” in its detail oriented construction proves there is still room for another superhero movie after all. 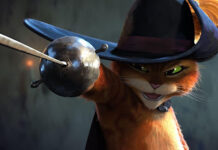 PUSS IN BOOTS: THE LAST WISH might be the best animated film in a very long time 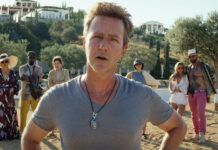 GLASS ONION should have had a wider theatrical release