The UNO Department of Theatre received a record number of honors during the Kennedy Center American College Theatre Festival.

“This year, we had eight students enter into the design competition and from that we received five first place awards and one second place award,” UNO’s Director of Theatre Steven Williams said.

Lott and Stoysich will represent UNO at the Kennedy Center to compete in the national festival in Washington, D.C. in April.

Steve Hartman and acting partner Kristin Tripe made it to the semi-final list of 64 from a starting round of 368 in the Irene Ryan Acting Competition.

“The faculty and staff are very proud,” Williams said.

Last year more than 1,300 productions were entered in the festival involving over 200,000 students nationwide. 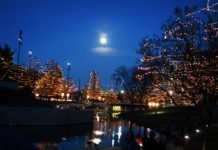