Imagine going to a job where you get to explore several different career fields, groove to your favorite songs on stage and have money thrown at you by hundreds of screaming women.
For some, this is just a wet dream. But for others like Jordan Lee Dizon, dancing, acting and adult entertaining is a way of life for a Chippendale.
Dizon, the 5-foot-10 Chippendales choreographer and dancer, travels all over the world to bring women a taste of their wildly popular Las Vegas show.
Now approaching its 30th year, Chippendales stopped at the Whiskey Tango bar in Omaha on Oct. 11, 12 and 13. Dizon took a few moments to talk with The Gateway about his career and what Chippendales means to him.Just out of curiosity, how many people do you think attended the Oct. 12 show?
About 300. Last night, it was just like this.

Where did you go to school?
I went to the University of Michigan.

How did you become involved with Chippendales from there?
I was home in the summertime in New York, and the New York Chippendales were there. I needed to make some money for school. They had open auditions, and they had like a thousand people there, and they only hired two. I got lucky, I guess.

Oh, wow. What was your degree in at the University of Michigan?
Psychology.

I have to ask: do you have a girlfriend?
I wish.

How many hours would you say you typically spend rehearsing and performing?
Well, the road shows vary. Like today, we just did a run-through – we always do a run-through every day, because each place is different, the size of the stage and everything. I’m the dance captain, so I’m the one who does the choreography. I set the stage, set who’s in what acts and stuff like that. It’s a lot of time. I mean I do more work before the show than actually in the show.

Obviously, you guys are all in very good shape. How many hours would you say you spend at the gym per day or per week?
No ones believes this, but hours per week, I’d say I spend less than three hours. After 30 minutes, I’m done. And we eat anything and everything. Trust me. We eat one time, and it’s all day. A lot of people think you have to work out for two or three hours. If you know your body, after 30 minutes, you’re done. I can’t do that hour thing. I’m lazy.

Could you give me a rundown of a typical day for you?
A typical day – well, before we came here, we were in Wichita, Kan. We did a show there, and there were about 900 people there. It was a pretty decent show. The next morning, we always have call times or certain times where we all have to meet. We meet in the morning, eat breakfast, talk about our day coming up, then we travel and get to the place, check into the hotel. Then we come to the club, see the stage and figure out how to set up the show. The guys go do whatever they need to do. We have a certain time we all need to rehearse, and we rehearse for an hour, or an hour-and-a-half, then go back to the hotel, eat, shower and come back. It’s a lot of work. You’ve got to have a thick skin to do this. I mean your day never stops.

Without getting too personal here, may I ask how much an average Chippendale dancer gets paid?
We get a salary plus tips. It varies. Each guy negotiates his own contract, and each guy gets paid differently. So I can’t really speak for what they get paid. I know what I get paid, but that’s always a no-no. We’re not allowed to talk about that.

As far as tips go, how much would you say you receive a night?
Again, it varies. Like last night was better than tonight, even though there were more people here tonight. I haven’t counted tonight’s tips yet. There are some shows where I’ll make around $4,000 to $5,000 a night just in tips. But there are some shows where you’ll only make $200. So it depends on who’s generous and who’s not.

The Chippendales main shows in Vegas are extremely popular. Can you tell me how those performances would compare to the shows on tour?
Well, we’re all one group, but we’re all divided. The main group is in Vegas. I did the Vegas show. I just joined this group, in fact, about two weeks ago. The guys on the road actually have it harder because you never know what you’re getting into. Each show has to be different because each place is different. The Vegas shows have 15 guys. They run more smoothly because they have so many guys. We only have six here tonight. We do the exact same shows that they do, but with a whole lot less. So being on the road is a lot harder. They have it made; they really do. They live there. They work their regular jobs. And, at night, they go home and go to bed. We either catch a plane or – it’s rough. The Vegas show is the show everyone wants to be in. Being the managers of [the touring show], Elvin [Bibiloni] are the only two who stay with the Vegas show that’s in this group.

You guys definitely have some wild fans.
Really?

I certainly think so.
[laughs] Women are worse than men. Oh my gosh. Guys will go to a club and just sit there, look around and that’s it. With women, I don’t know. The way I see it, men act like men 24 hours a day. Women let their hair down once in a blue moon. So that’s why they really go all out. Because when we’re not here, trust me, they’re totally different people.

With that being said, what’s the craziest thing a fan has ever done to you or for you?
Ripped off my bottoms completely, and I had to walk back to my dressing room completely nude. And it took me 10 minutes to get back to my dressing room. That’s how packed it was. That was in Europe, when we did our European tour. We go all over. Trust me, I’ve seen anything and everything. I’ve been asked so many things. Trust me. I’m in the process of writing a book. I’ve seen it all.

In keeping with our theme here, have you personally had any stalkers or had a coworker deal with that type of situation?
Oh, yes. I’ve had some that were like “Fatal Attraction.” In Florida, this one girl drove – this is funny – she was a real pretty, real nice girl. Here’s the thing: when you’re dancing, you have to be professional. Well, she would follow us to every tour we had. So she found out that we had a show six hours away, she drove her and her kids all the way over there and her ex-husband followed her. During the show, her ex-husband came on stage and wanted to question me. I’m thinking, “Dude, [laughs] I’m sorry.” That’s bad.

What about any wardrobe malfunctions?
It happened tonight during the officer act. One of the guys forgot to button the button on his pants. One thing about our skits is that you have to be a dancer, you have to have personality, stage presence and you have to be an actor, because if you’re a cowboy, you have to act like a cowboy.

How do you guys keep from getting too excited during your performance?
That’s one of the typical questions we get. The other typical question we get is “Which one of y’all guys is gay?” We get that all the time. Why would people think any one of us is gay? If I was gay, I wouldn’t want to dance in front of women, I’d want to dance in front of a guy, wouldn’t you think? But the reason people say that is because usually a girl will say, “Hey honey, I’m going out with the girls. We’re going to go see Chippendales.” It’s a defense mechanism. “Oh, you know they’re gay, right?” So it makes them feel better. But to get back to your question – what was your question?

What do you guys do to relax after the show?
I go back to the [hotel] room. I don’t go out. This is a job, you know? Everybody has their own reasons for being here. For me, it’s because I love dancing. Some people like the variety or the attention. It’s different for everybody. Like some of the guys from tonight – they’ll probably go out. Elvin and I, we usually just go back to our rooms. I mean, we’ve been doing this for so long. In New York, we all go out and stay out late, but that was a long time ago. I’m old.

Is there an age limit on Chippendale dancers?
They have to be 18 at least.

Chippendales puts out a calendar each year. How do the guys get chosen for that?
Ah, that’s a good question. It’s the guys who are in the best shape. That’s what it used to be. I haven’t been on the calendar for the past few years, and I’m upset about that. I’ve been on the calendar for the past nine years, but the last two years I haven’t been. I’ve been trying to fade out from press stuff. I guess that’s the reason why. But Elvin’s on the calendar. [Mike] Sullivan’s on the calendar. He was the one during the show with the five o’clock shadow. Some people think that’s sexy, you know? Five o’clock shadow on me looks like I got dirt on my face. I have to shave every day.

You said you were fading yourself out from Chippendales. What are planning to do next?
Well, I flip houses on the side. I’d like to settle down. I’d like to meet somebody eventually, you know. You can’t do that on the road. I mean, this is fun and it’s a living here, but there’s always a transition. I’d still like to do choreography from Chippendales, but I can do that at home. I don’t have to go all over the world.

Anything else that you think readers should know about?
They’ll have to wait for the movie. 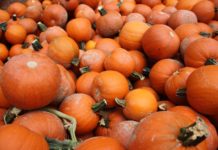 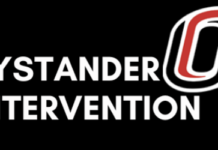 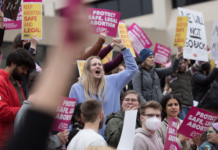