I think it’s fair to say that “Blonde” is not a biopic by any means.

Biopics are a slippery slope. It’s out of the thousands of bad eggs that we get the occasional shiny beacon of good movie-making, but we tend to get a sliver of that if we are being honest. The biopics that do turn out to be better than others are ones that want to tell the full story. True biopics want audiences to feel a connection to the public figures through their rise and fall… and in some cases, rise again.

Recently, we have had decent adaptations of our favorite — or not so favorite — figures. Current favorite biopics of mine include “Rocketman” and “Judy.” An older favorite that provided an interesting take is “Marie Antoinette” (2006).

Bias aside, I came into watching “Blonde” with the notion that the film would center around the glamorous, yet tragic life of Marylin Monroe. “Blonde” was going to be the biopic that ended all Monroe biopics. Maybe we can finally let this woman rest and we can stop making films about her likeness. I mean, there have been over 50 films about her “story.”

When I saw the trailer months ago, I and many others shared excitement about the film. On social media, people noted the chilling resemblance between Monroe and actress Ana de Armas, and the costumes appeared to look accurate. The movie was set up to be good, so you wouldn’t believe the shock that set foot in my body when I viewed the film.

According to IMDB, the 2022 film directed by Andrew Dominik tells the story of a girl struggling with her identity beyond the fame and the dazzle of twinkletown. Marilyn Monore, AKA Norma Jeane, beatles through relationships, egotistical men in power, and the fight against her split personality.

The film is based on the 2000 book of the same title written by Author Joyce Carol Oaotes. In the author’s notes of the book, Oates writes, “‘Blonde’ is a radically distilled ‘life’ in the form of fiction, and, for all its length, synecdoche is the principle of appropriation.”

That is all I need to know regarding the authenticity, or lack thereof, of the depiction of Monroe in “Blonde.” In an interview with Variety in September, Dominik said that Monroe “starred in a whole lot of movies that nobody really watches.”

To me, from reading about her online, she may have gone through troubles but had iconic moments that are still being referenced today. According to Britannica, her film catalog amassed more than 200 million dollars at the box office, and had an infectious glow around her beyond the screen.

All of the accolades and notability apparently do not matter to the lens of director Dominik, as he told the LA Times that the film is about her demise in the end, for lack of better words.

If Dominik had no intention of completing Monroe’s narrative, or depicting her truth, then I am not sure what the point of the movie was. He clearly did this out of hate for what he thought Monroe represented — a self destructive, ditzy blonde who only cared about sex. But she was more than that. Marilyn Monroe was just her persona; many knew her to be quite shy, but intelligent.

I, for one, appreciate the point of view of a director. I rarely trash the art of another person without any motive or warrant, but this film is shockingly dangerous and disrespectful. It’s even more frustrating as Monroe is not here to defend her name.
Plus, the NC-17 rating was used to showcase three long treacherous hours of sexually gruesome, violent scenes that didn’t even happen.

The icing on top of this controversial cake is director Dominik’s blatant engagement with Anti Abortion agenda through a talking fetus.

Dominik told USA Today: “It’s just people looking at the film through the lens of their own particular prejudices or whatever agenda that they want to advance. People are reacting to this idea that freedoms are being taken away.”

Interestingly, this statement comes after Roe V. Wade was overturned about four months ago. Additionally, the movie made it seem that Monroe’s world was surrounded by men and the only important parts of her life were the men in it. The director has animosity for a woman who has been dead for years and used this movie as a way to vent and punish her for three hours.

When I watched “Blonde” on a fateful afternoon, I felt uncomfortable. So much so that I tried to laugh it off, but then I stopped myself. Movies like “Blonde,” which are intended as almost a smart campaign, continue to happen because we laugh it off, or do not take it seriously. I mean, come on, it’s just a movie, right? Wrong!

If Dominik really cared to create a biopic that was a representation of Monroe’s life, it would have based the film on actual reality. Monroe’s life was filled with just enough spontaneity and dejected moments, but it was all too tame for Dominik; he opted to put Monroe through the ringer.

I will give the cast props for their portrayals, especially De Armas. The pain and heartache that she rendered was jaw-dropping. Additional props to costume designer Jennifer Johnson for her articulate but fresh work.

However, I hope this movie makes other filmmakers realize we don’t want another biopic that represents everything but the people the public figures were.
I wish the fact that the spirit of Monroe was taunting the cast by throwing shoes at the wall was enough of a sign that maybe filming should have come to a screeching halt… indefinitely. 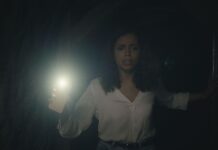 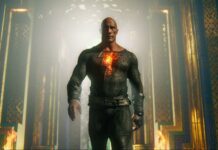